Facebook’s Large Fourth Quarter is a Result of Mobile Ads

Yesterday, Facebook announced a $5.8-billion quarter, the majority of which is ad revenue ($5.6 billion). The company also reported that an astounding 80 percent of its ad revenue ($4.5 billion) was generated by mobile advertising. That represented revenue growth of 81 percent year over year.

The company added that 90 percent of its monthly and daily users are accessing the site on mobile devices. Facebook has the number one mobile app in the US in terms of audience reach, according to comScore, and it has been that way since the metrics firm began reporting on app usage. 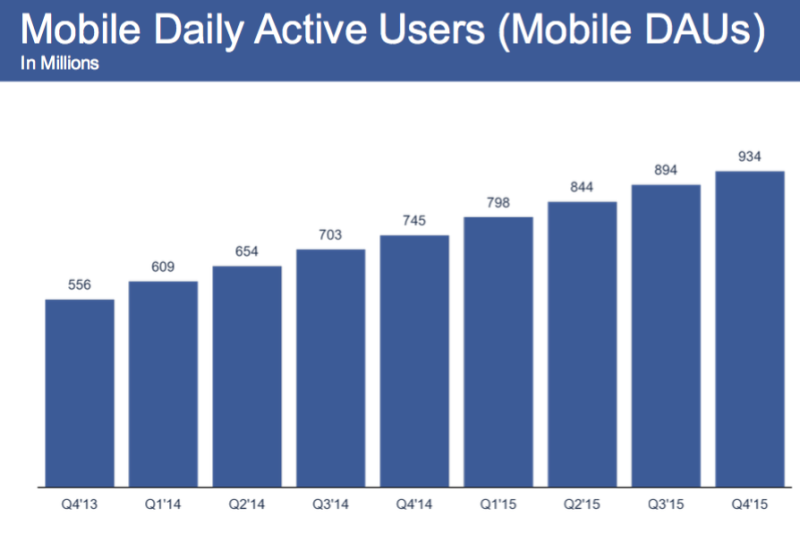 During the earnings call, Facebook COO Sheryl Sandberg said, “Marketers now realize that if they want to reach their customers where they are, mobile is essential. Our conversations with clients have shifted from if they should market on mobile to how.”

Right now, the mobile advertising landscape in the US is dominated by a very small number of companies, with Facebook and Google topping that list. Facebook has pitched itself as the most effective way for brands and small businesses to reach mobile users. These results show that they are responding.