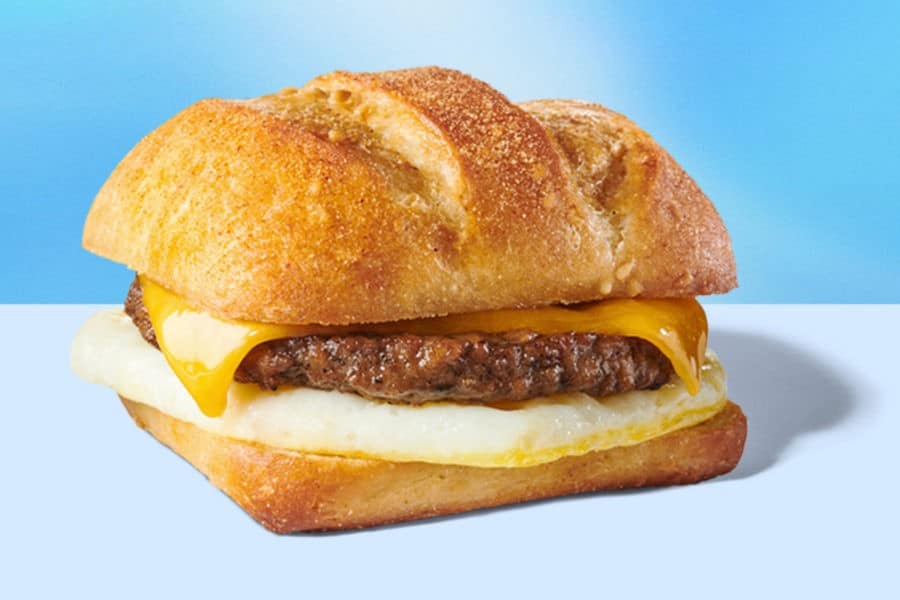 Starbucks is adding plant-based meat to its U.S. menu for the first time. The Impossible Sandwich is available nationwide and includes an Impossible sausage patty, a cage-free fried egg and aged cheddar cheese served on ciabatta bread.

Starbucks announced early in 2020 that it is planning to introduce plant-based meat to its menus worldwide as part of an effort to reduce its environmental impact. The company has sold milk alternatives, such as soy milk and oat milk.

“We’re pleased to add the Impossible Breakfast Sandwich, made with Impossible plant-based sausage, to Starbucks’ menu in the US, to meet the growing customer-interest in plant-based options,” said Michael Kobori, chief sustainability officer at Starbucks. “Over the years, in response to customer interest, we have added plant-based milk alternatives such as soy, coconut, almond and oat milk. We are thrilled to expand our plant-based menu into food with this new breakfast sandwich.”

Watch the GeekWire review.  Sounds like it’s definitely worth giving it a shot.